Established in 1964, the Archives of Barker endeavours to provide a place of perpetuity for the records and memorabilia of the school's history to be kept in continuity. The Archive functions as the memory vault for the School's staff, students, families, friends and associates, past and present. 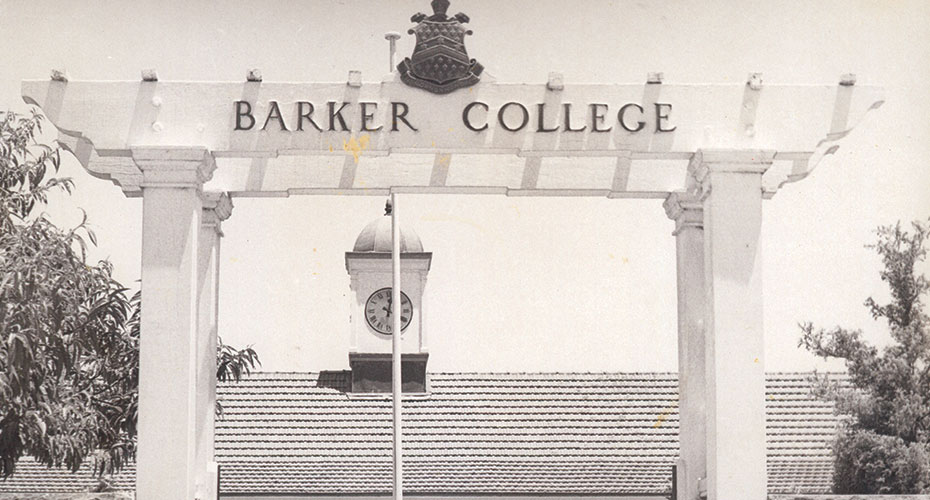 Barker has been proud to have a school archives for more than forty years. It was established in the 1960's by the Master in Charge of History, Mr Stuart Braga, as a result of his research for 'A Brief History of the School' written for the occasion of the seventy fifth anniversary of the foundation of the school in 1965, and then later his official history of the school 'Barker College - A History' (published in 1978). Stuart Braga's efforts to actively seek, collect and preserve the records of the school's early history have resulted in a unique and wonderful collection of records and memorabilia.

The Archives of Barker contain the official records and memorabilia of the school, its associations (eg. the OBA, BCMA, Foundation) and of individuals which have been selected by the School Archivist for preservation because of their inherent administrative and historical significance.

Thanks to the donations made by ex-students, members of staff and the wider Barker community, the Archives is fortunate to have a rich and diverse collection of material which comprehensively documents the history of the school and which also predates its foundation.

At the end of the day if it's worth keeping, it's in the Archives.

View a selection of photographs from our School's Archive collection on our flickr page.

The Archives is located on Level 1 of the Barker College Library and is operated by the School Archivist, Rachel Byrne, on a full time basis (including school holidays). Visitors intending to use the Archives are required to make an appointment. Please send all reference enquiries to:

Barker had to close for a period of time in 1919 as a result of the Spanish influenza epidemic.