The artwork I have created, which is titled Indelible Belief, explores the negative permanency of the power religions have over causing conflict when understood in a fundamental or extreme way.

The indelible nature of religion allows faiths to be one of the most powerful authorities in the world, thus allowing for extreme beliefs to be enforced on its followers. The morphed deities portrayed within my artwork allude to appropriation of commandments from differing religions. My smaller panel alludes to Malevich’s black square, and the blurred line between extremist understanding of religion illustrating the perpetual imbalance of love and conflict within religious traditions. 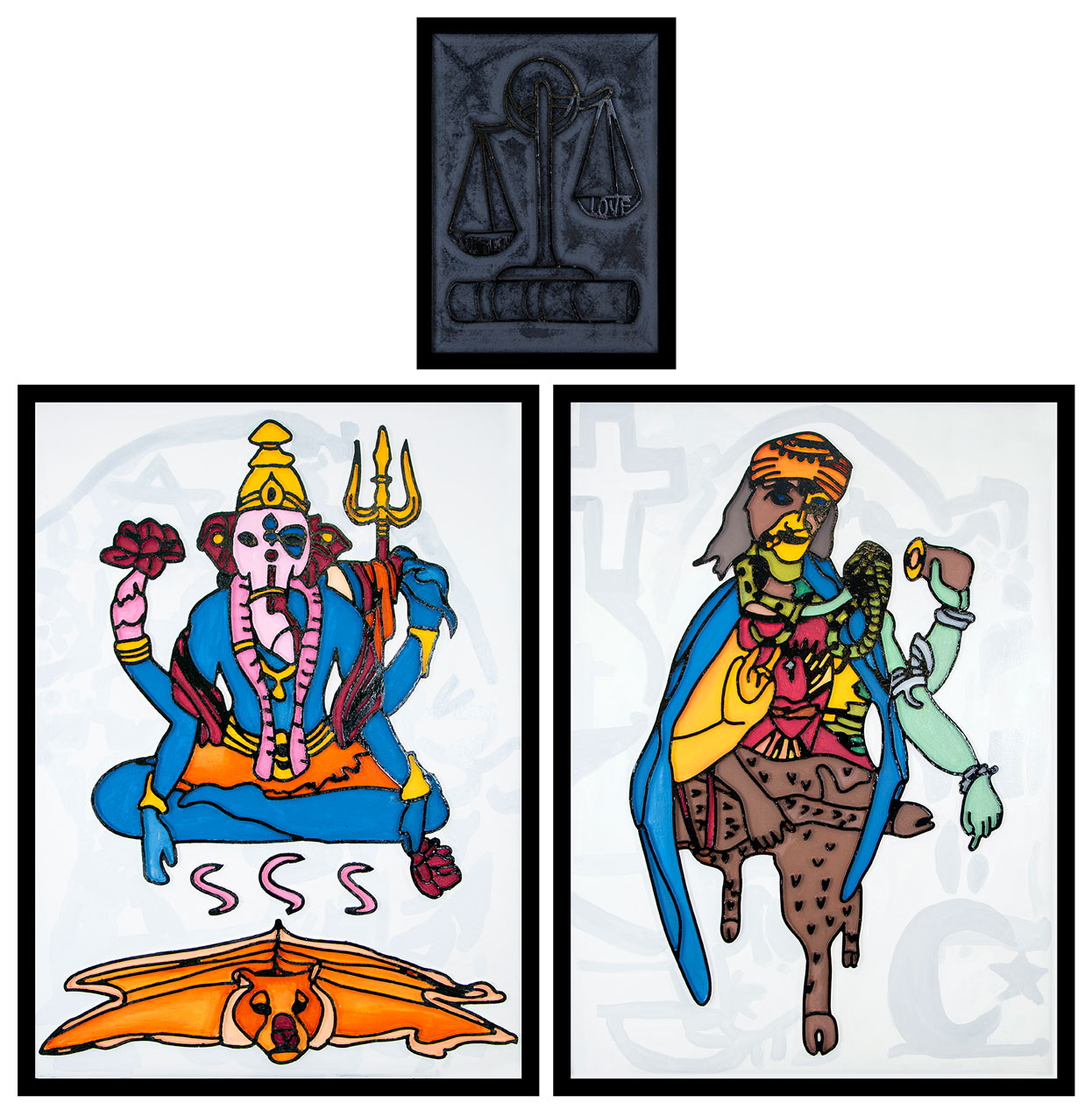 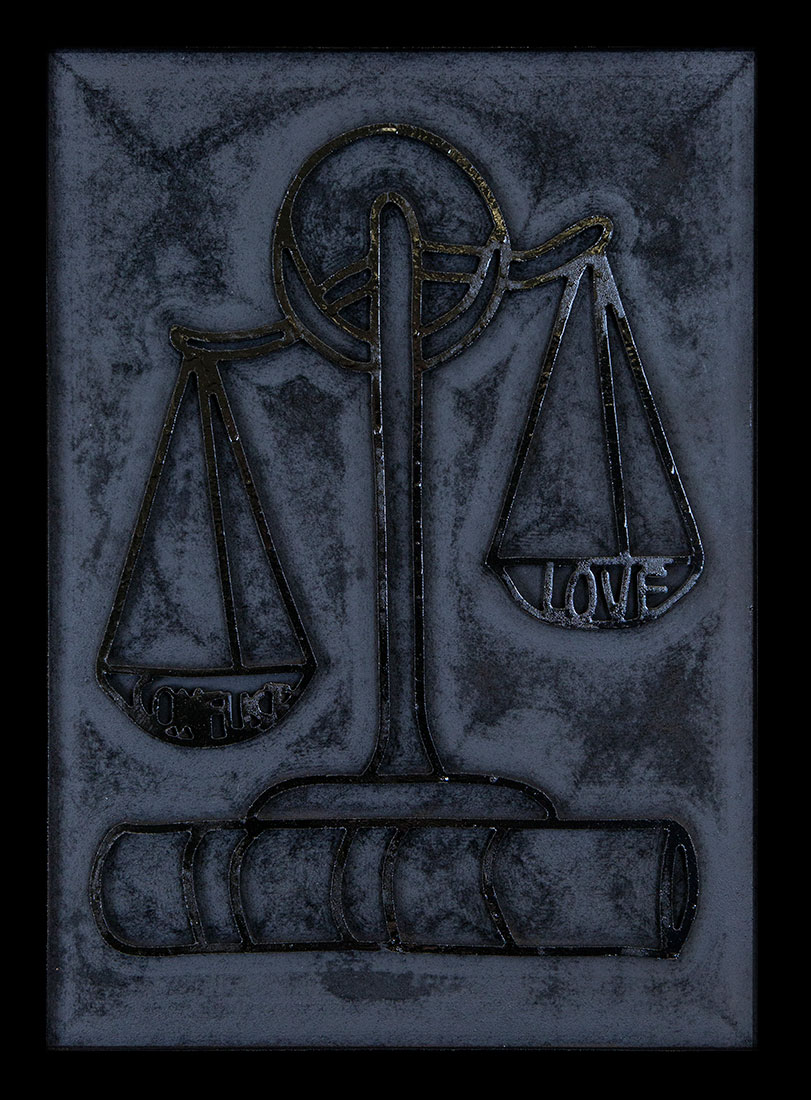 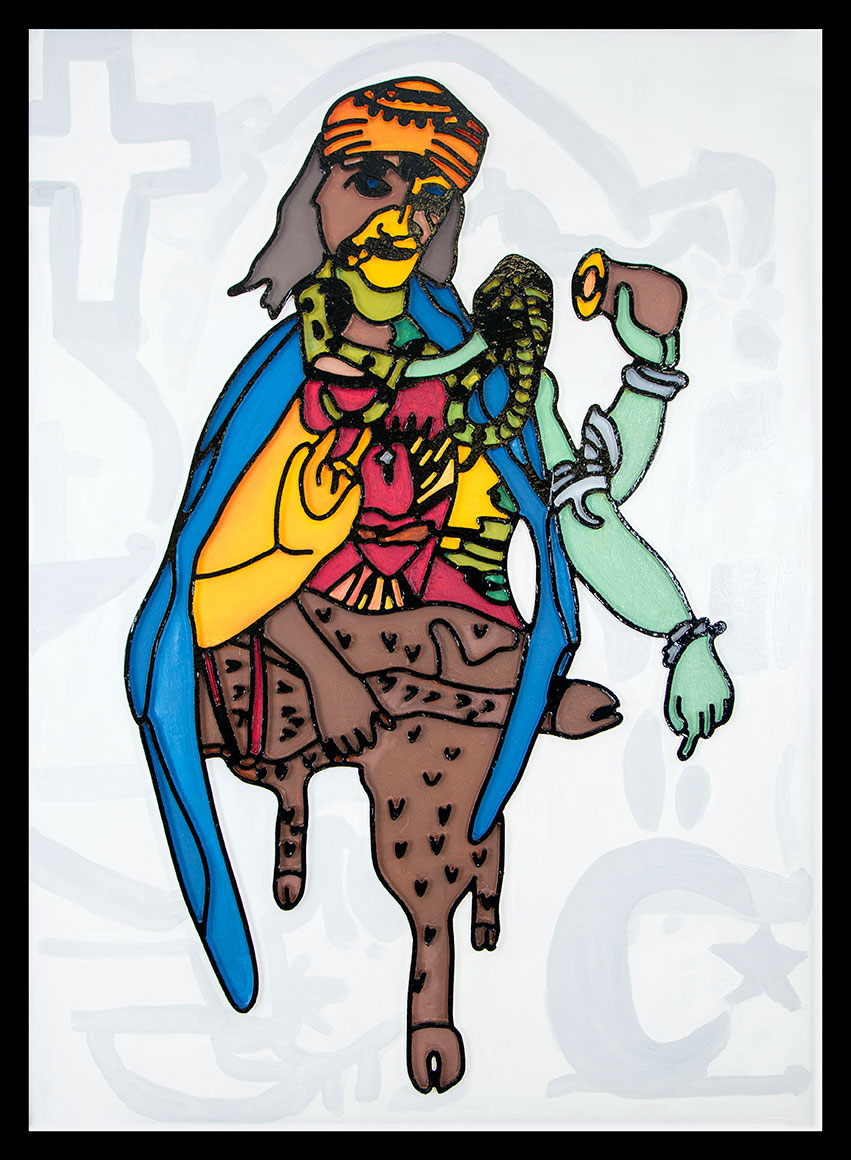 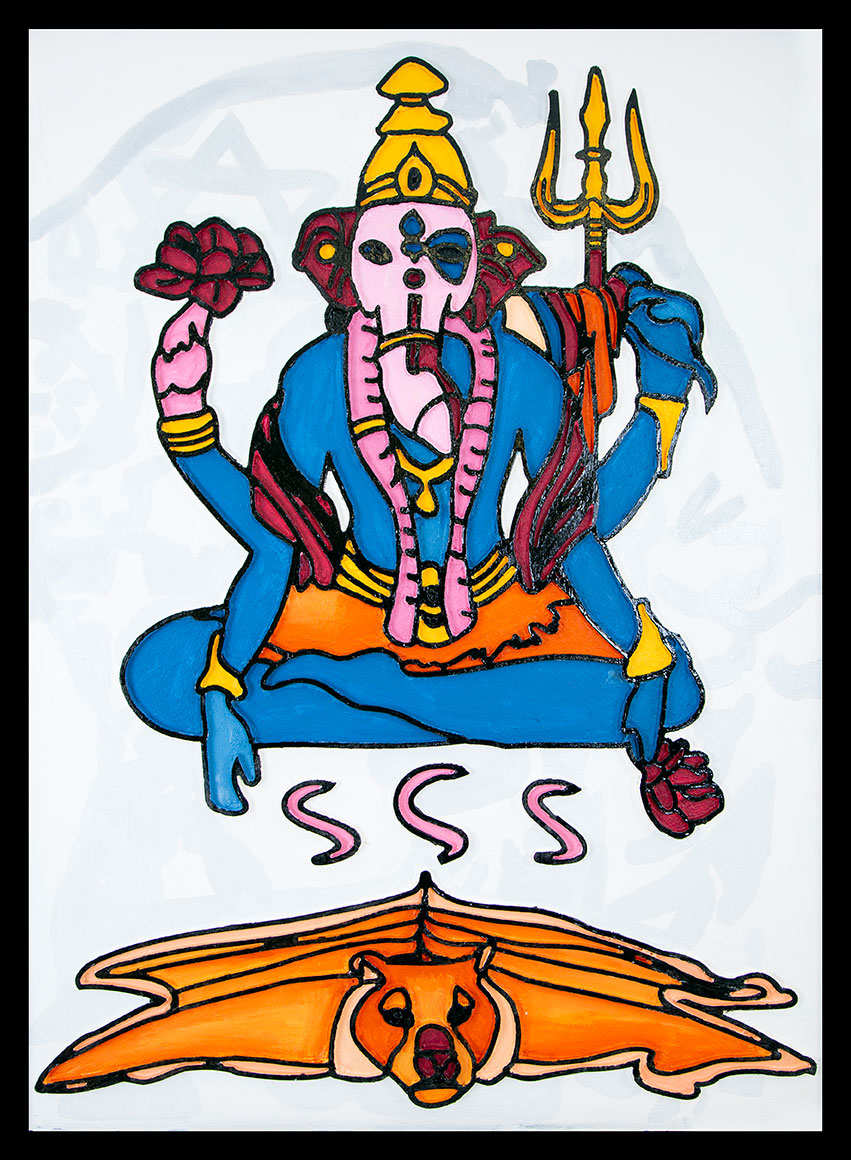