My drawing is a modernisation of a famous Chinese painting, which has been re-interpreted by many different artists throughout time.

I have employed the use of a brush pen to explore traditional Chinese aesthetics whilst utilising modern techniques, creating a harmony between past and present which is central throughout my work. In my interpretation, I have moved the physical perspective to that of someone on the ground, to promote a change in mental perspective towards China itself. Whilst its government may be controversial, the people themselves are just that – people. Inspired by Ai Wei Wei. 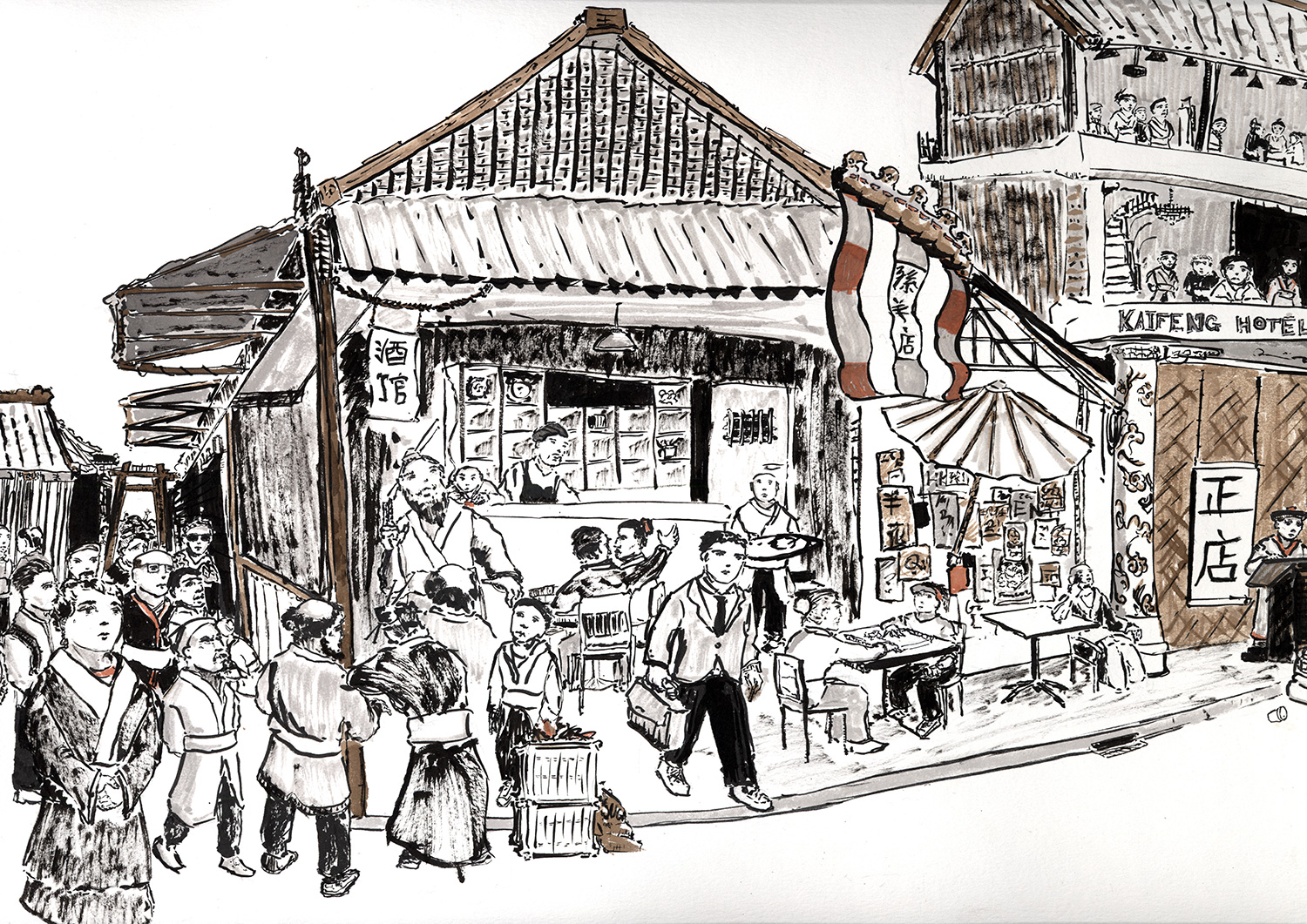 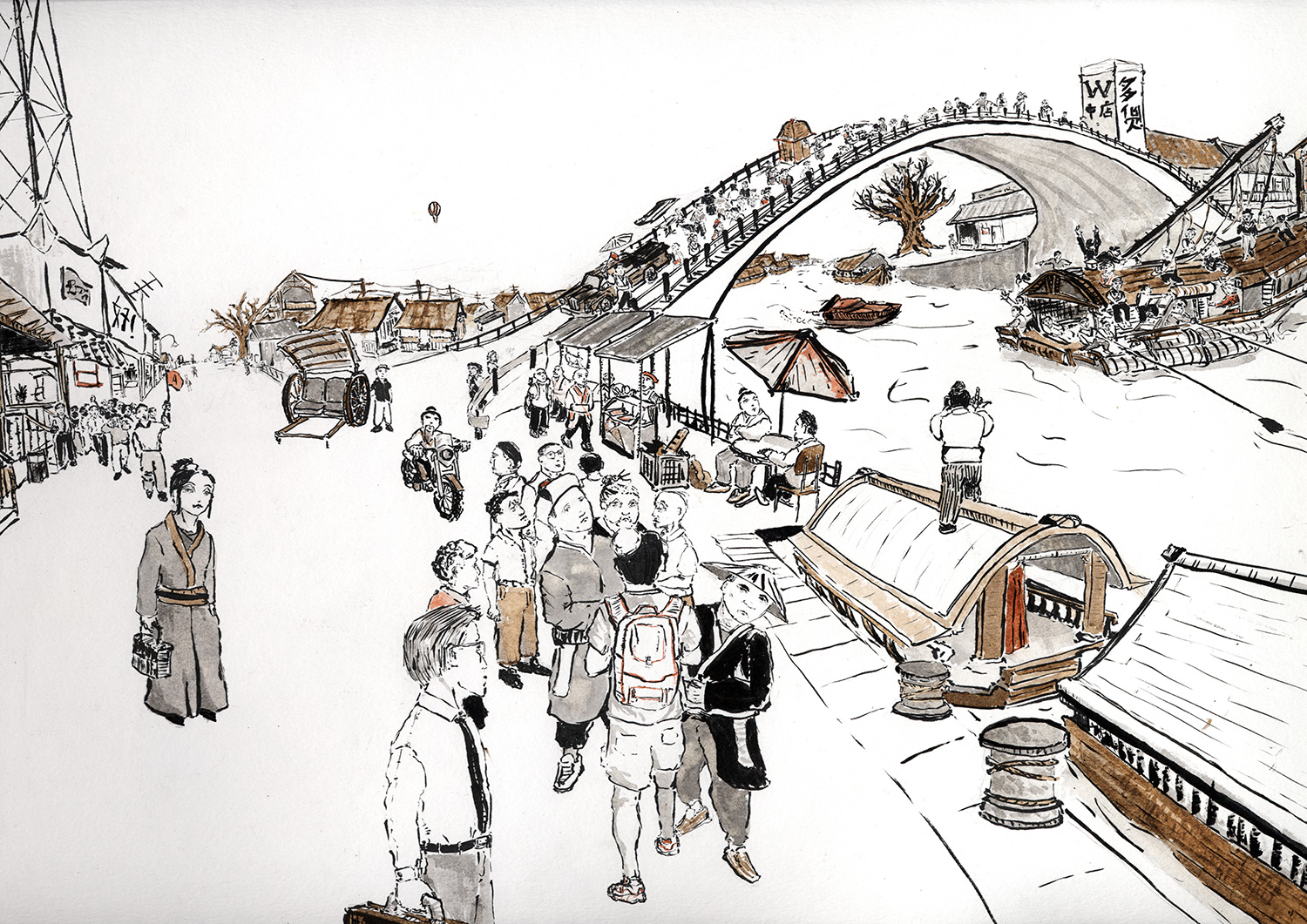 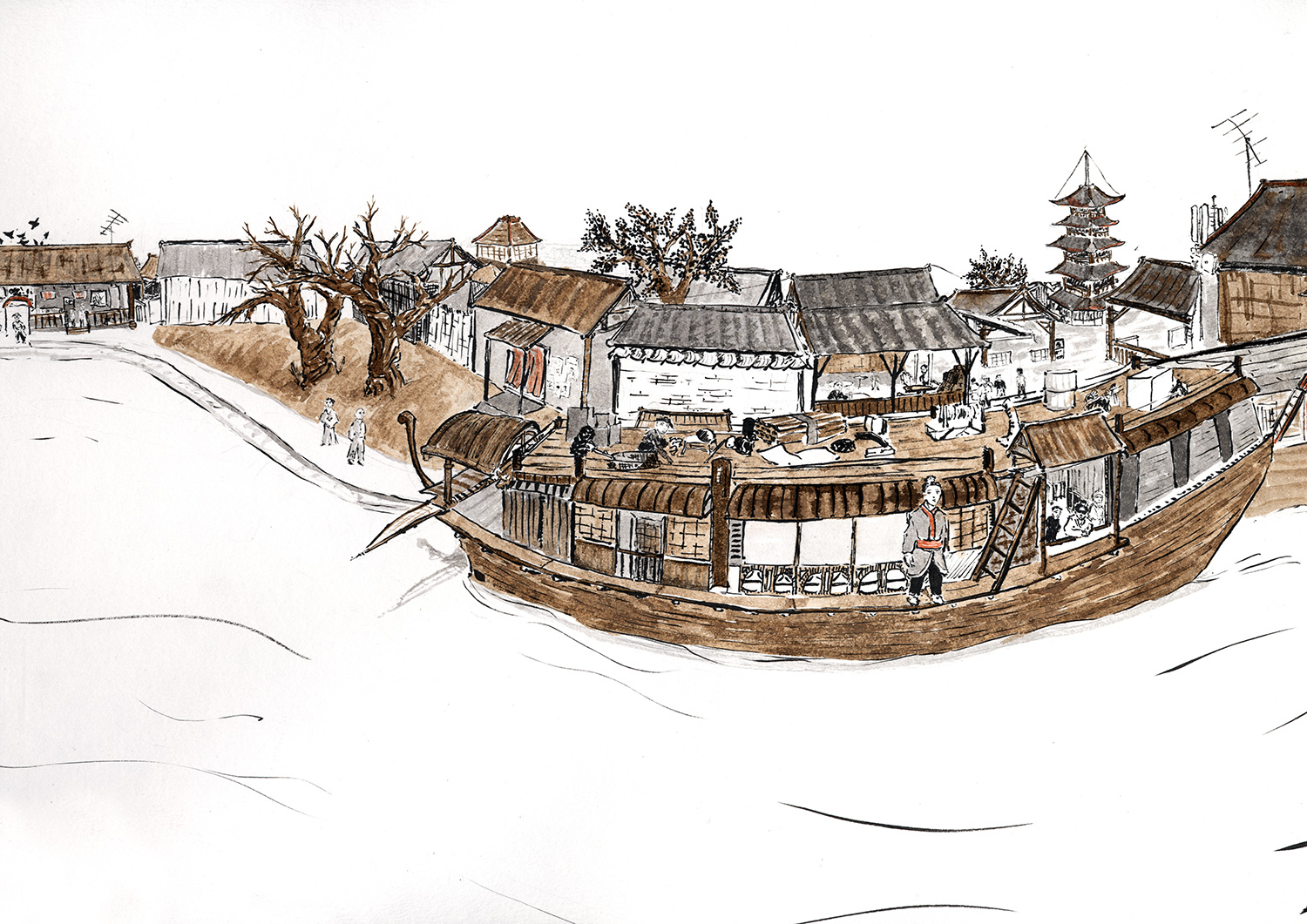 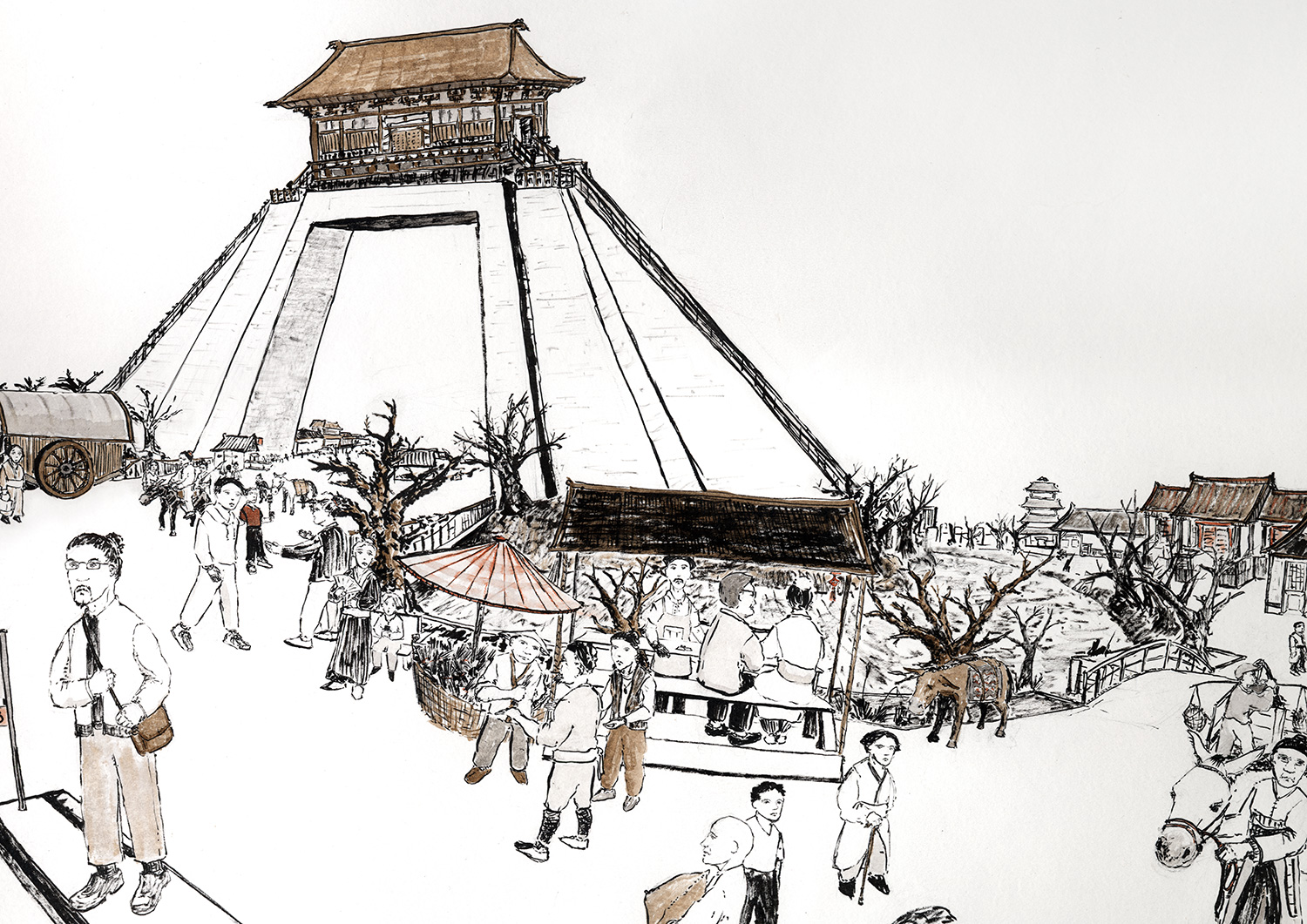