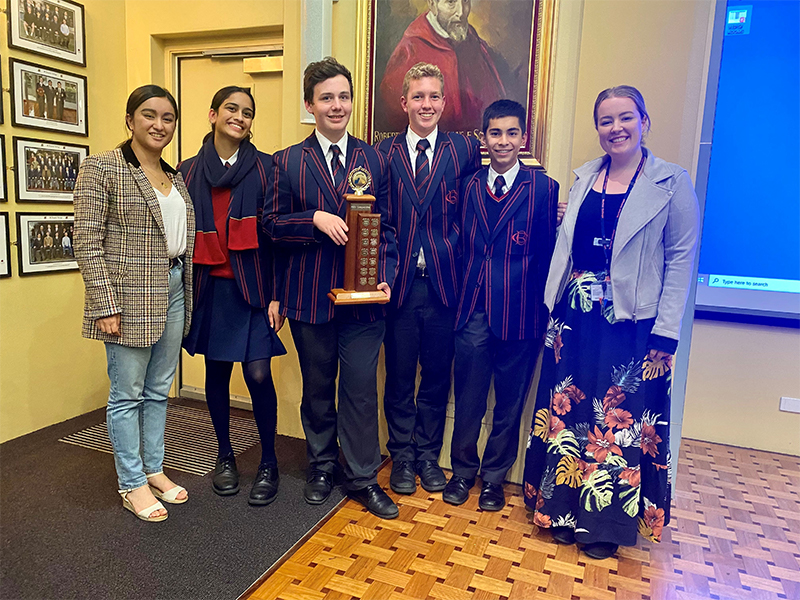 We would like to extend our congratulations to our Year 10 FED debating team - Luke, Oliver, Jeremy and Sania who won their Grand Final on Friday night at St Aloysius’.

On the affirmative side they debated the topic that ‘horse racing should be banned. Barker created a strong case on how animal abuse was inherent in animal racing and won the debate in a unanimous decision.

In further debating news, Old Boys’ Seamus Dove (Class of 2015) and Oliver Cummins (Class of 2016) have both been selected in the University of Sydney A side for the upcoming World University Debating Championships hosted by Korea via ZOOM from July 7 to 14. Seamus has also been named captain.

The competition is British Parliamentary style, where two teams of two compete on each side, so there are four teams in a debate – affirmative 1, affirmative 2 and negative 1 and negative 2. This is the first time Barker has had two of its former students as the top two debaters in the Sydney University top team. Sydney University has been the most successful university in world championships. We wish them all the best when they compete.