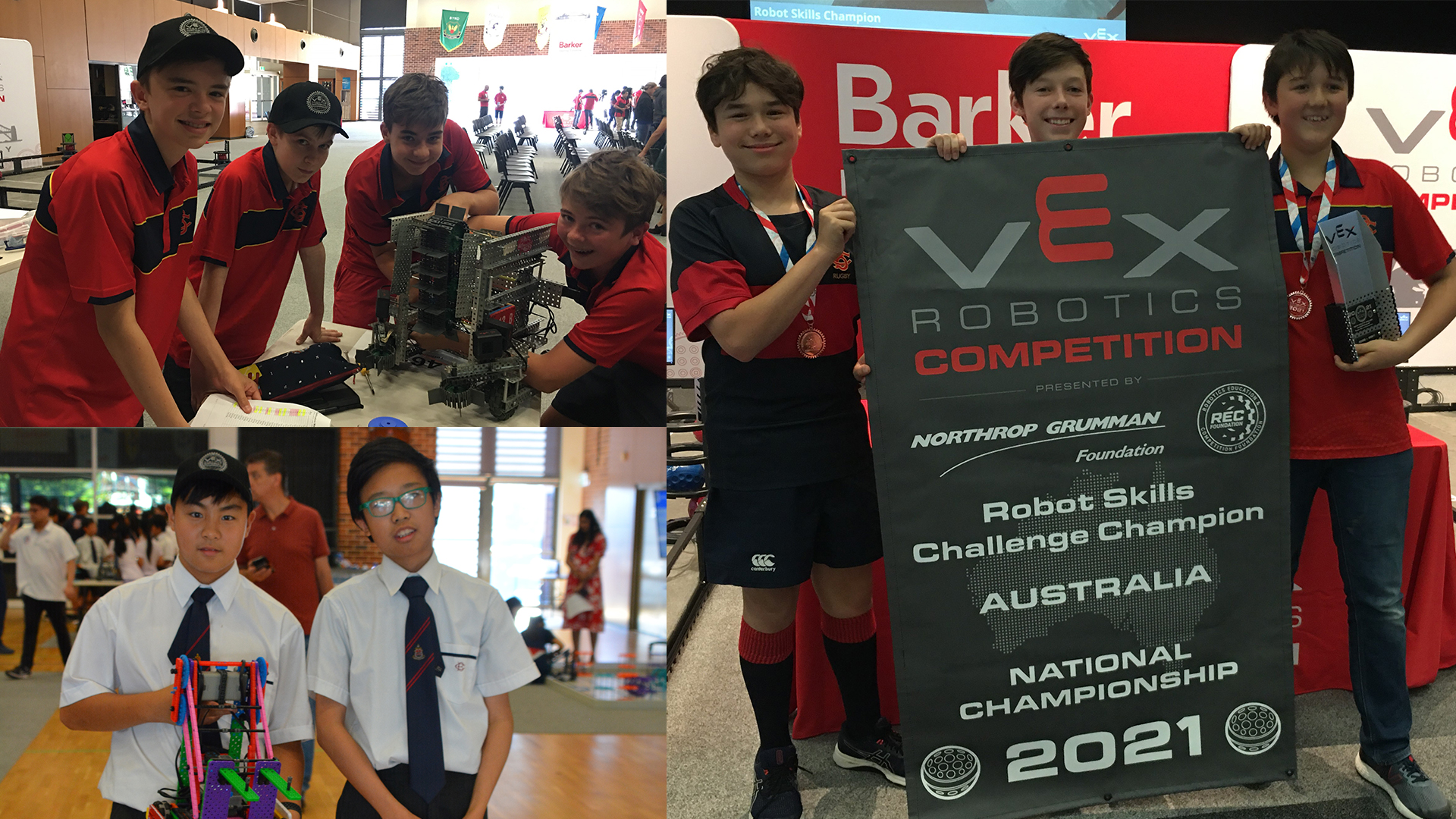 We would like to extend our congratulations to the following students who have made Barker history after qualifying for Worlds.

VEX IQ - 4613E Striker, Year 7 students Haonan Zhao and Steve Zhu, who won the Teamwork Challenge along with the team from Asquith.

VEX Robotics Competition - with Team 4613E – Trainwreck, which included Year 9 students Tristan Lyth, Rory Parker, Oliver Sam and Edward Tomicki - who won Tournament Champions along with Tech Teacups from PLC.  The team also won the Robot Skills Champions, and the Amaze Award (most consistent robot achievements and autonomous performance). Special mention to Rory Parker, who spent an incredible amount of time ensuring the team’s autonomous and driving skills were the optimum they could be. A brilliant job – winning two banners, and the most awards of any team on the day.

Thanks to Junior School STEAM teacher, Dave Frazer, for opening the IQ field out of hours for students to practice; to Sherobhi Rajamantri (Computer Science Teacher & Coordinator of Service Learning) as well as Daiane Rodrigues Becker (Robotics Program Coach), for providing extra sessions for the VRC students outside of School, and to the entire Robotics team for helping to make the events such excellent days.