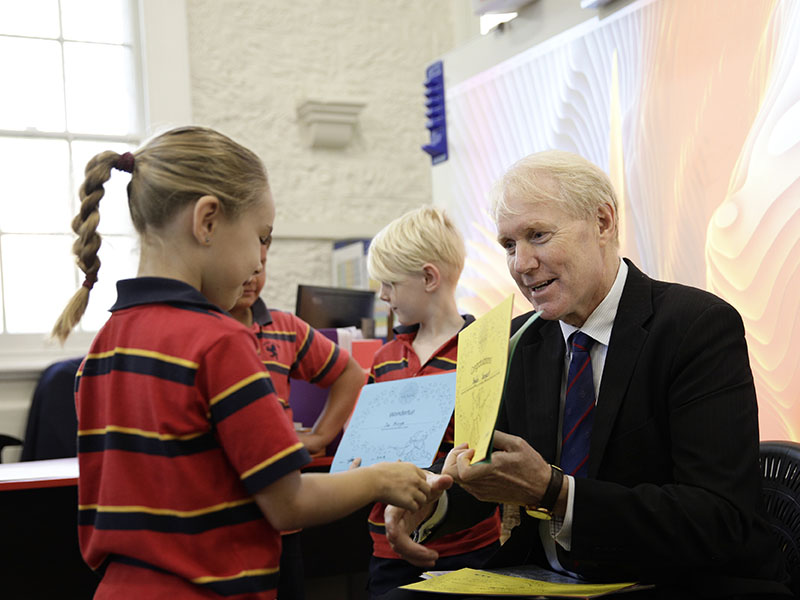 Mr Phillip Heath’s service to education and his commitment to creating greater opportunities for Indigenous students, has been recognised in the Queen’s Birthday Honours Awards.

Awarded a Member (AM) in the general division of the Order of Australia, Mr Heath is the current Head of Barker College. In 2016, he was instrumental in establishing the Darkinjung Barker campus for Indigenous students on the Central Coast.

A priority for this School is the development of strong foundational skills in literacy and numeracy for Indigenous students from Kindergarten to Year 6. This is not the first time Mr Heath has been involved in the establishment of such a school. Whilst he was Headmaster of St Andrew’s Cathedral School in Sydney he was in also involved with establishing the Gawura Campus for Aboriginal children living in the inner city.

He sees this as, “a shared vision of creating a two-way partnership where we can learn from one another in an educational model that is unique in Australia”.

Mr Peter Berkley, Chair of the Barker College Council said, “The award recognises Mr. Heath’s outstanding service to education both as a leader of individual schools and as an industry leader of various educational associations. The citation also recognises his excellent and innovative service in creating opportunities for indigenous students.
“Barker College is truly blessed to have a leader of Mr. Heath’s calibre leading the school.”

Prior to his appointment as Barker’s ninth Head, Mr Heath was Principal of Radford College in the ACT where the school received the Order of Australia Association (ACT) Award for Community Service twice under his leadership.

Mr Heath’s contributions to the education sector have been recognised through numerous awards including his appointment as an Honorary Fellow of the Teacher’ Guild of New South Wales and a Fellow of the ACT Branch, Australian Council of Educational Leaders.