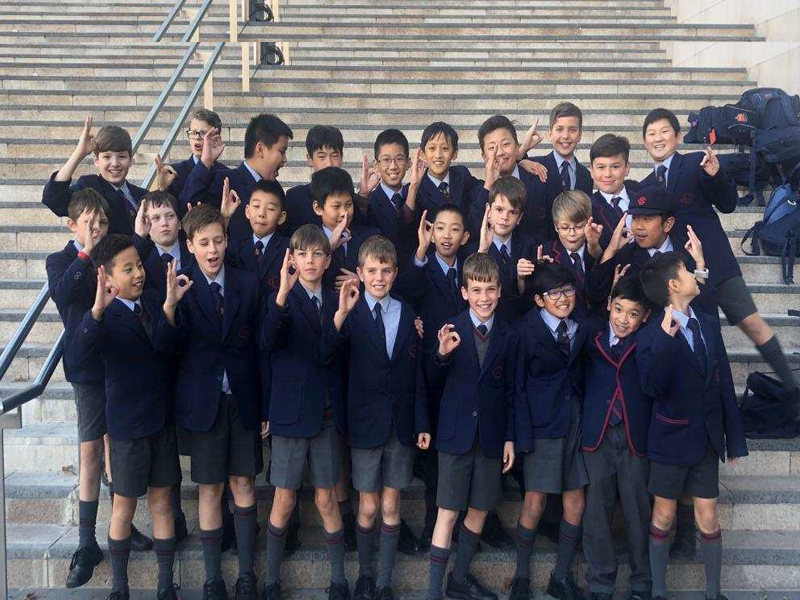 Barker College’s Copeland Choir has taken first place in the Youth Choir for Male Voices (19 years and under) section at the Sydney Eisteddfod. They are the youngest choir in the history of this competition to achieve first place in this category.

The Copeland Choir is comprised of students with young treble boy voices spanning from Year 5 and beyond and performed a repertoire well beyond their years with sensitivity and stylistic understanding.

Barker’s Head of Co-curricular Music, Mr Wayne Chang, said, “As a group they produce a particular blend attributed to a strong music literacy and a culture of singing in the classroom. The boys thoroughly enjoyed this new experience. After several successes in previous years in the Primary aged section in regional and national eisteddfods, the Barker College Copeland Choir were ready to embark on a new challenge.”

In April this year, the Choir toured for the first time to China and have benefited enormously from the opportunity to collaborate with other choirs alike, both at a national and international level.

“During their tour of China, the boys were required to sustain a performance singing continuously for an hour long program,” Mr Chang said.

“They also had the opportunity to sing in all forms of scenarios – from concert halls, to collaborating with other schools and even a public flashmob!”

Barker’s Middle School choir were also awarded third place at the Eisteddfod and both choirs were commended on the diverse choice of repertoire and gusto throughout their performance.

The Copeland Choir will now go on to compete in the John Lamble Foundation Australasian Championship for Youth Choirs (19 Years and Under).

The wider community will have the opportunity to hear the Copeland Choir perform along with Barker’s Middle and Senior choirs and orchestra, at a special concert event – Carmina Burana - at The Concourse, Chatswood on Wednesday 26 June.