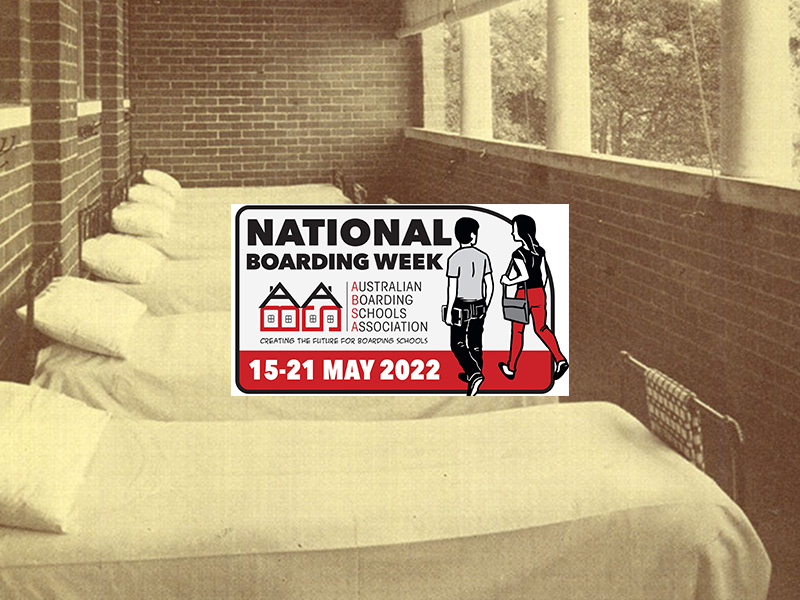 Barker College has always been a boarding school. When Rev. Henry Plume first advertised for pupils in the Kurrajong area in late 1889, it was expected that Boarders would pay £18.18.0 per quarter. Of these early boarding school days, William Friend, a Boarder from 1892-1894 remembered, “At the beginning of a term, William, the Chinese cook and general hand, would meet the coach with a slide, drawn by Mr Plume’s sulky horse, and take luggage to the school, over about a mile of rough track.

An outbreak of scarlet fever in Kurrajong Heights in 1984 forced Rev and Mrs Plume, together with their twenty Boarders, to move to Hornsby Junction the following year. Each Boarder was treated as if they were one of Plume’s own children, all sleeping in the newly built residence (the present Stokesleigh), to which the dining hall and classroom were attached. Stokesleigh, is now where our Head of Boarding resides.

Colin Ladds was enrolled in June 1941 and is on record as the School’s first five-year old Boarder.

Boarding for Junior and Middle School students was gradually phased out. Female boarders were introduced in 1991.

Today there are 60 boarders from Years 10, 11 and 12. They are a close-knit community supported by a caring team of boarding staff, overseen by Head of Boarding, Ben Christopherson. Boarders join the School each year from as far a field as Dubbo, from country NSW, or as weekly boarders.