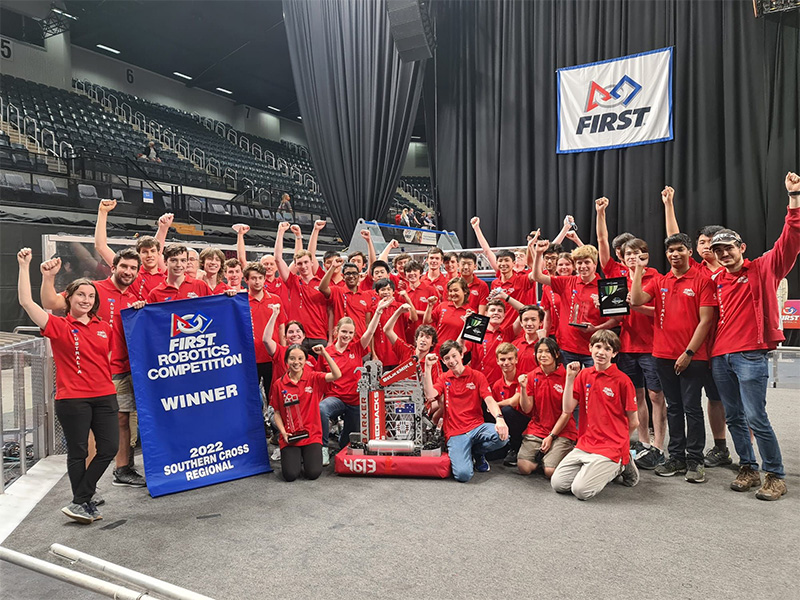 The FRC Australia regional competition was held in Wollongong on March 11 – 13 and Barker achieved another outstanding success, taking out the National title and qualifying for the World Championships in Houston, Texas from 14 - 24 April 2022.

Barker also won the Autonomous Award that celebrates the team that has demonstrated consistent, reliable high performance during match autonomous periods. Evaluation is based on the robot’s ability to sense its surroundings, position itself within the field, and plan and execute tasks.

As the number one team, Barker formed an alliance with Pymble Ladies College and Abbotsleigh (at our invitation) and took out the championship amidst the highest standard of competition witnessed at this kind of event in Australia. The standard is continually rising and it is a testament to the skill, ingenuity and gameplay acumen that the team remain so successful in 2022.