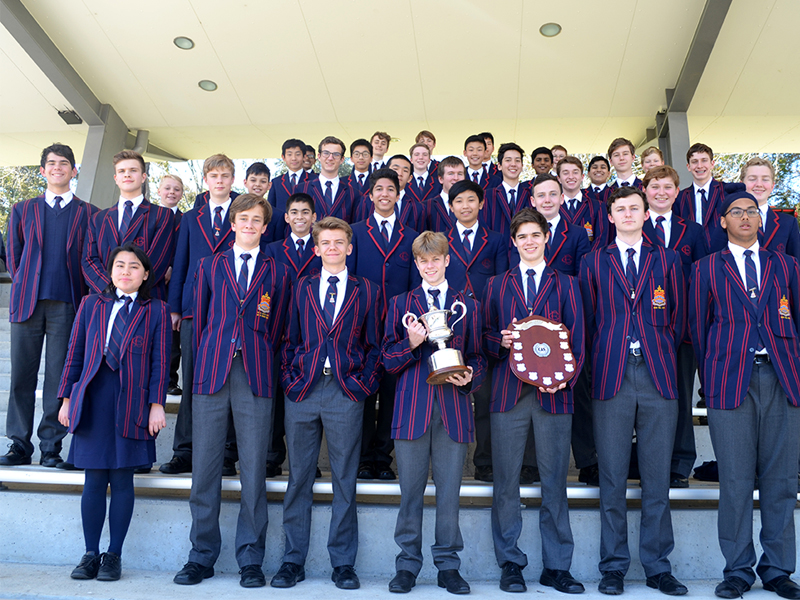 For the fifth year in a row, Barker’s Firsts Debating team have won the CAS Debating Trophy undefeated.

It has been a successful Debating season for Barker, also winning the CAS Debating Shield for the most wins, along with St Aloysius. In a tight contest, both schools shared 38 wins from 55 debates. This is the eighth year over the course of the past ten years, that Barker has won the Shield.

“It was a fantastic effort from a great team of students who debated with genuine fluency and teamwork through the season, finishing with a wonderful CAS series,” Head of Barker’s English Department, Andrew Hood, said.

At the conclusion of the season, Year 12 student, Daniel Abbott was selected as Second Speaker in the CAS Firsts and Jack Breden (Year 12) was selected as Captain and Third Speaker of the CAS Seconds. Year 11 students, Kira Trahana and Rhys Mackintosh were also selected in the CAS Thirds.